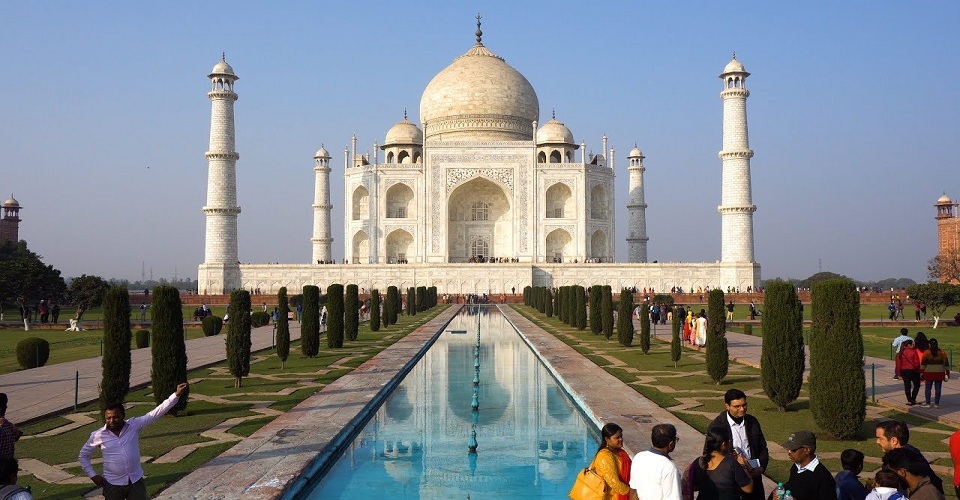 Agra is a grand old city in northern state of Uttar Pradesh famous for the UNESCO World Heritage Site, one of the Wonders of the World & Symbol of love The Taj Mahal. Situated on the banks of famous river Yamuna river, the history of Agra goes back to the old settlements of the early Aryans, the Hindu kings and the imperial glory of the mighty Mughals. Agra is approximately 206 kilometers away  from Delhi & is the most popular City in Uttar Pradesh & the 19th most popular city in India. It is a famous destination for tourist because of the magnificent Mughal Infrastructure, arts & culture. The glimpses of the glorious gone by era can still be seen in the 21st century.

09 :00 Hrs – Upon arrival, you will be welcomed by our guide and escorted to the TAJ MAHAL, a UNESCO World Heritage Site & symbol of love. Taj Mahal is a mausoleum built by Shah Jahan for his beloved wife Mumtaz Mahal. Set yourself to be enthralled by the amazing orientation tour.

11:00 Hrs – After the tour of the Taj Mahal we proceed to visit the Agra Fort, a UNESCO World Heritage Site, Agra Fort was constructed by the Rajput Kings but it was acquired by the great Mughal King Akbar in 1565. Be prepared to be amazed by the amalgamation of the both Hindu & Mughal architecture.

13:00 Hrs – Later on we proceed to a Multi cuisine AC restaurant for Indian Buffet Lunch.

14:00 Hrs – Drive to Baby Taj, also known as I’timād-ud-Daulah or “jewel box”. Another Mughal mausoleum commissioned by the wife of Jahagir, Nur Jahan, for her father Mirza Ghiyas Beg.

Get in Touch with us